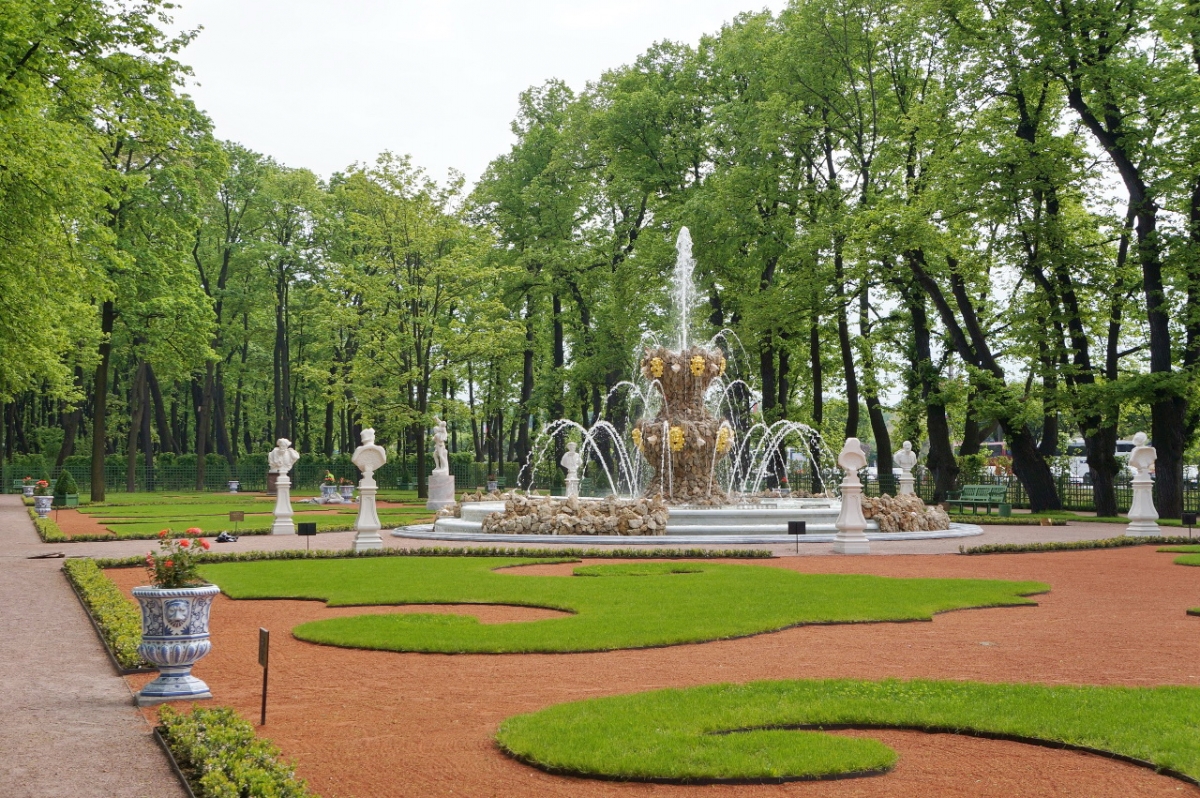 The Summer Garden was founded in 1704. Peter the First wanted the garden of his summer residence to be as beautiful as the famous gardens of European Monarchs and it was the very first imperial garden of European style in Russia.

The garden was in its prime in the mid-18th century, dazzling all with the splendour of the palace buildings and marble statues and its achievements in landscape design and engineering. Changing fashions and devastating floods drastically then changed its appearance. By the 19th century, the fountains and almost all of the structures had disappeared. The hedgerows lining the paths had stopped being trimmed, and the garden gradually turned into a well-shaded place to stroll. The garden also suffered during World War II. But despite all of these changes, the original layout still remains. Currently, the Summer Garden is a part of the Russian Museum complex.

In the course of restoration from 2009 to 2012, many of the elements present in the garden in Peter’s time were recreated. Today, the Summer Garden is once again an integral part of the magnificent ensemble that is St. Petersburg – a cultural treasure not only of the Russian state, but a world cultural-heritage site as well.

The Summer Garden is the oldest garden in St Petersburg. The summer residence of Peter the Great in the new Russian capital was founded in 1704 on the site of the former Swedish mansion, where the Fontanka River flows out of the Neva River.

The Tsar himself drew the initial plan of the Garden. The three main paths were laid out from the Neva into the heart of the garden, while the rest intersected them to form a rectangular network. The palace was located in the corner of the garden, at the water’s edge.

The Italian marble sculptures from the original collection of Peter the Great were placed closest to the Neva part of the garden known as the First Summer Garden.

In the central part of the First Summer Garden there were four bosquets: “Crossed Gallery” – symbol of statehood in the shape of the Andreevsky flag, “Menagerie Pond” with gazebo – a place for quiet reflection, “Bird Yard” with open-air cages and a birds pavilion, and the “French Parterre”. Along the Swan Canal was laid out Grand Parterre.

The second southern part of the garden included a kitchen-garden, greenhouses, groups of fruit trees, and a pond. There was a Labyrinth of numerous paths and areas surrounded by cropped bushes. The fountain was decorated with figures on the subjects of Aesop’s fables.

Various fountains were installed in the Summer Garden on the order of Peter the First who had a great liking for water features. The fountains were built on the sites of the Central Alley, in the bosquets and the Green Studies, in the centre of the Carp Pond.

In the 18th century alongside the Summer Palace there were some other constructions in the garden: galleries along the Neva, the Grotto, orangeries, auxiliary and administrative premises.

Unfortunately, a disastrous flood in 1777 wrecked the garden. Most of the structures and fountains were destroyed.

The second half of the 18th century was marked not only by losses but by some significant acquisitions as well. The grand design of the Neva embankment was finally completed, and the territory of the garden was separated from the road with an elegant fencing. It is an architectural masterpiece of universal fame. The impressive monumentality merges miraculously with lightness, simplicity and grace. This impressive 230-meter long structure resting on 36 mighty granite pillars became not only the Summer Garden’s main adornment but also one of Petersburg’s top attractions.

In 1824, the Neva again burst its banks flooding the garden. Its restoration took around three years. The old layout was preserved but later, in 1826, the architect Carlo Rossi reconstructed the “old Grotto” turning it into the Coffee House pavilion. At the same time new structures designed by Ludwig Charlemagne – Baudet were erected: the Tea House wooden pavilion and the iron fencing in the southern part of the garden. In 1839 a Porphyry Vase – a gift from the Swedish King – was installed near the southern entrance.

In 1855 in the former French bosquet was mounted the monument to Russia’s best known fabulist Ivan Krylov. The pedestal of the monument is representing various characters from his fables.

In the 19th century the Summer Garden was a beloved promenade for city-dwellers.

In 1934, the Summer Garden with its collection of marble sculptures, the Summer Palace of Peter the Great received the status of a museum.

In the 20th century there were created several restoration projects of the Garden, but none of them has been realised. Since 2004, when Summer Garden became part of the Russian Museum, the programme of the restoration project has been resumed. Following three years of restoration work the original layout suggested by Peter the Great was left intact; four bosquets were recreated as well as the Small Orangery, Red Garden, 8 fountains and high trellises forming a background for marble sculptures.

The Summer Garden is famous for the first collection of secular sculpture in Russia. It was put together at the order of Peter the Great to educate his attendants. Most of them were made by sculptors from Venice in the late 17th-early 18th centuries. By 1739 there were more than 200 sculptures, by 2009 only 92 of them have survived. For almost 300 years the sculptures were kept outdoors. In the early 21th century the deterioration of the marble became irreversible, and so in the course of restoration work it was decided to replace the original marble sculptures with replicas. Original restored sculptures are now on display inside the St Michael’s Castle of the Russian Museum. 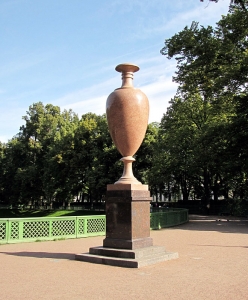 Location:
Summer Garden, Central District
The garden occupies an island between the Neva River, Fontanka, Moika, and the Swan Canal

Cultural events and exhibitions: Yes. (Current information on the cultural programme is available on the website: (www.igardens.ru)

Visitor services:
Shop: in Tea House.
Museum: Summer Palace of Peter the Great (temporarily closed for the restoration works until 2017), Museum of Archaeology in the Dovecote Pavilion (open 10 a.m.-18 a.m.); the Fountain “Lacosta” Archaeological Exhibition (open in summer period 10 a.m.-18 a.m.).
Restaurant/Tea room: located in the Coffee House, in the Tea House, and in the Greenhouse (open in summer period).
Toilets: in the Household Building.
Parking: No parking available.