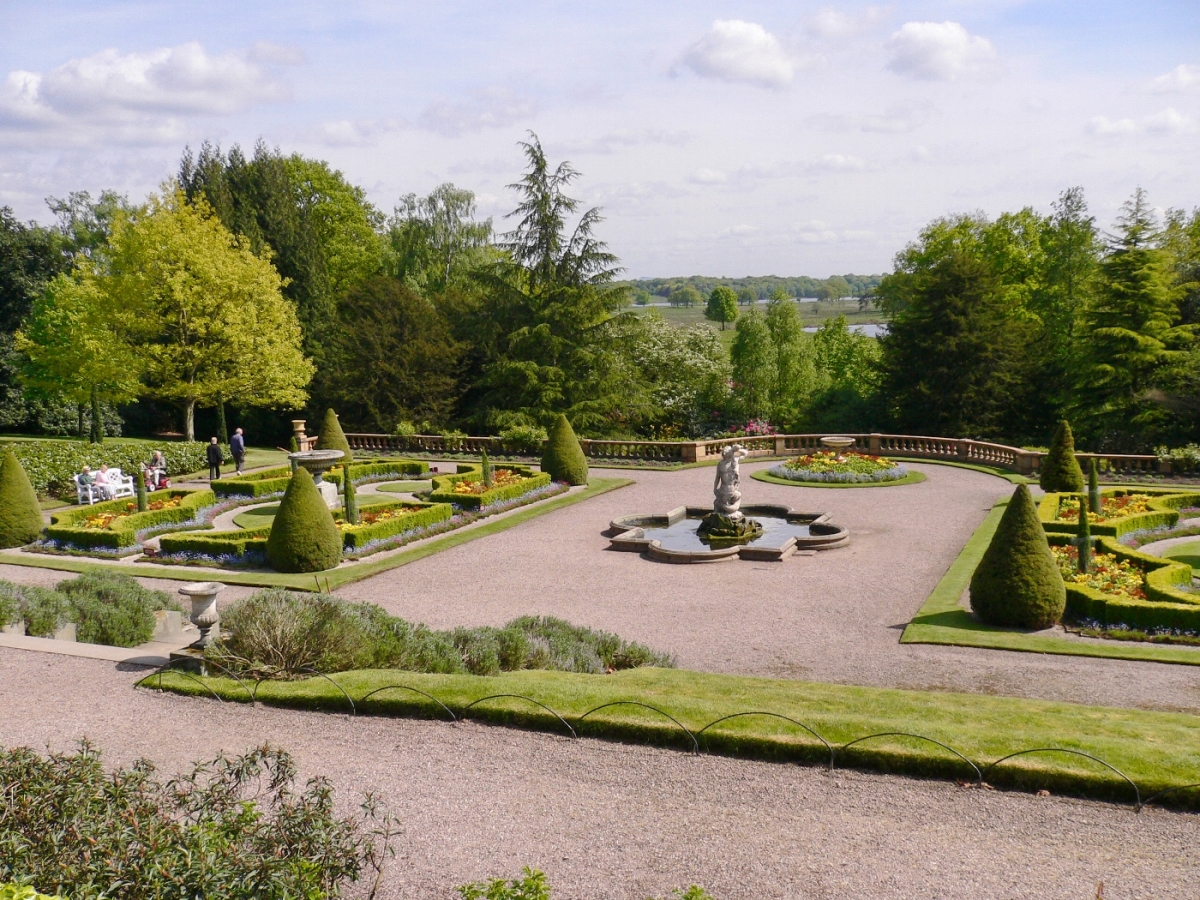 Tatton Park is one of Cheshire’s most famous tourist sites. Although owned by the National Trust, this beautiful manor house and estate is currently managed by Cheshire County Council. This impressive estate was itself in existence as far back as the publication of the Domesday Book in 1066. However, the spectacular gardens that can be seen today evolved much later, once the present mansion had been completed in 1807.

The Egerton’s residents of the Hall through many generations, significantly influenced the style of the gardens constructed, resulting in an eclectic variety of gardens. The African Hut may seem a little out of place in rural Cheshire, but was built by Maurice Egerton in the early twentieth century to remind him of his estate in Kenya. The Italianate garden, a particularly formal garden, contrasts greatly with the picturesque Japanese garden, which has a much more rugged feel. Inspired by the Anglo-Japanese Exposition of 1910, this stunning garden is a real gem of the estate throughout the seasons.

Beyond the gardens are 1000 acres of parkland, with lakes and red and fallow deer, providing many different scenic routes for walking around the estate. With its two manor houses, a working farm, beautiful gardens and speciality produce for sale, a great day out can be had by all ages.

The gardens at Tatton Park are arguably amongst the finest in England, boasting almost every garden style popular since they were first laid out in 1715. This is one of the most popular garden attractions in Cheshire and is a must-see destination for visitors to the county. The RHS Flower Show at Tatton Park also takes place here each July and is one of the biggest such events in the country!

The present mansion, that has a commanding view over the gardens and the wider parkland beyond, was built for William Egerton based on a scaled down version of designs drawn up in 1791 by Samuel Wyatt.

The family who lived in this imposing stately home wanted their gardens to reflect the latest horticultural fashions and tastes – and as new areas of planting were developed they would enclose further areas of parkland and add them to the larger garden. As a result Tatton can boast a garden, almost unrivalled for its diversity and range of themes and styles.

The earliest formal garden areas include the walled garden, followed by the beech maze, dating from 1795. ‘Charlotte’s garden’, was developed for and named after Lady Charlotte Egerton, William Egerton’s wife. Designed by the architect of the mansion, this area was created in the gardenesque style.

Adjacent to this is a conservatory that was designed in 1818, also by Wyatt. This received the “Europa Nostra” award in 1994 in appreciation of its design and style. In the 1850s a palatial fernery was designed and developed by Joseph Paxton, former head gardener at Chatsworth who is perhaps most famous for his work on the Crystal Palace in 1847.

One of the most photographed parts of Tatton’s gardens today is the Italian garden, installed much later in the 1880s. This was built in response to a 19th century revival of Italianate gardens and reflects many of the genre’s common features such as terraces, gravelled walks, beds conforming with patterns and wide borders. It is located below the grass terrace on the south front of the mansion and is designed to be best viewed from the house, from where the complex pattern of hedging and vivid displays of seasonal bedding plants, can be best appreciated.

Tatton also has various smaller, but equally spectacular features. One of these is the Rose Garden, created in 1913 for Lady Anna Egerton. There is also an African Hut, built by the last private owner of Tatton, Maurice Egerton. This was built as a memento of Maurice’s time on his Kenyan estates, which he was unable to visit during World War Two.

Perhaps Tatton’s most famous area is the Japanese Garden. This was created in the early twentieth century by craftsmen especially brought from Japan. Inspired by the Japanese Exposition of 1910, the garden was laid out between that year and 1913 and is said to be one of the finest examples of its kind in Europe.

A major project to restore the Japanese Garden was completed in 2001. This was undertaken with the help of experts from Japan and included restoring original Edwardian features such as the thatched Tea House and Shinto Temple, to their original condition. The garden is richly planted in the Japanese style, with species including maples, azaleas, cherry and ferns.

The walled kitchen garden to the west of the house has also been restored in recent years, allowing visitors to journey back in time to a period when estates such as Tatton were virtually self sufficient in fruit, vegetables and cut flowers. Many traditional varieties are now grown here and work is also to take place on rebuilding vineries, fig houses and an orchid house! 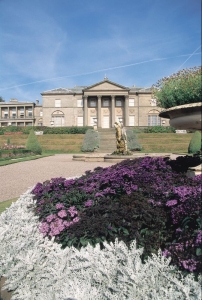 How to get there:
Leave the M6 at junction 19 or junction 8 of the M56. Tatton Park is clearly signposted.