You Are Here:Home / The Garden Coast – Parcs and Gardens in Brittany/Vallée de l’Odet 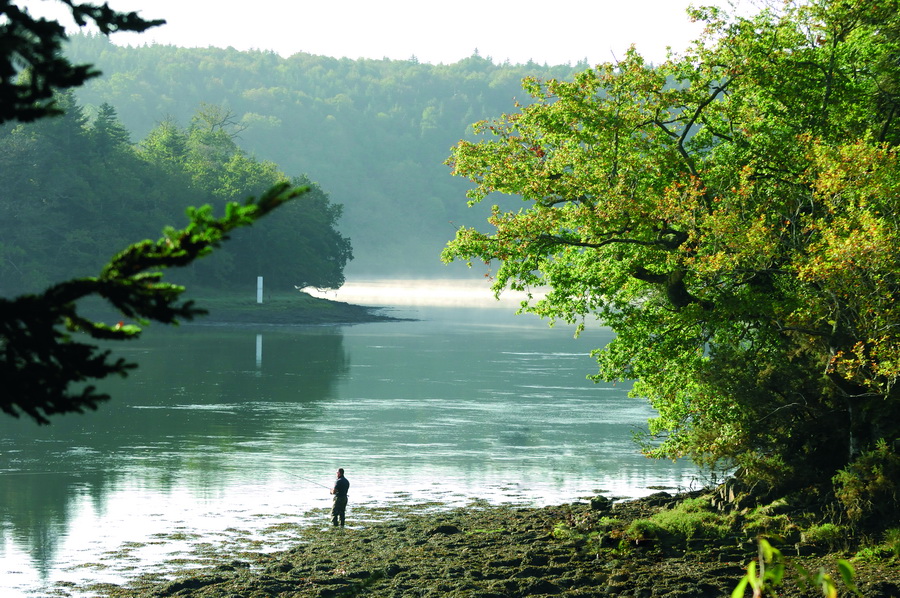 The Odet is a tidal river which is emblematic of this landscape and forms its central thread. The river is wild to the north, takes on an idyllic character under the numerous small bridges of Quimper and finally becomes maritime in nature as far as the estuary at Bénodet.

Quimper
Quimper, the seat of the prefecture of Finistère and the capital of Cornouaille, is a thousand-year-old city. It holds the title “Ville d’art et d’histoire” und consists of three old centres:

The first area which was settled – the Locmaria quarter – features a Romanesque church from the 12th century, an old priory and a charming medieval garden on the river bank.

The episcopal town, which is the location of the magnificent Saint Corentin cathedral – itself a jewel of Breton Gothic style – is flanked by the former episcopal palace with its small garden bordered by ramparts.

The town of the Dukes of Brittany with its half-timbered houses, the church of Saint Mathieu with its remarkable glass windows, and its small alleyways.

Lanniron
This former summer residence of the bishops of Quimper is a magnificent palace-type building which rises above 17th-century French and Italian gardens and is home to a remarkable botanical collection from the 19th century.

Boutiguery
Overhanging the Odet river and clinging to one of its meanders is a 20-hectare park whose rhododendrons and azaleas greet the season of spring in thousands of new hues as if created by a garden painter.

Sainte Marine
One can hardly imagine anything more charming than this headland jutting out into the mouth of the Odet river. Old oak trees bent by the wind, fish traps piled up on the quay, upturned boats drying in the sun and the pink Sailors’ Shelter.

Parc botanique de Cornouaille
Plant collections from all over the world can be discovered in this English landscape garden – sweeping views, rockeries and water gardens which fit perfectly into these sheltered natural surroundings.

Additional information: Website of the Tourism Board of Quimper