You Are Here:Home / European Themes / The Gardens of Bishop’s Palace

The Gardens of Bishop’s Palace 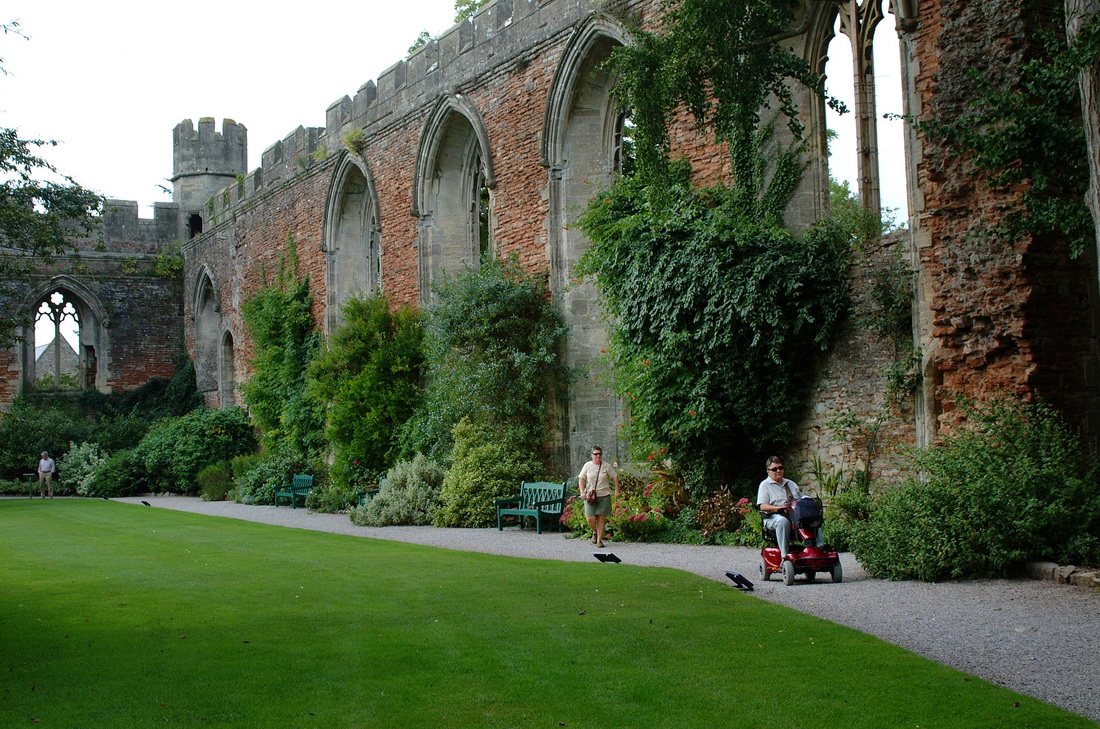 Bishop’s Palace was built in 1206 by Bishop Jocelin Trotman, first Bishop of Bath and Wells. Bishops still live in the Palace’s old servant quarters and have opened most of the palace and grounds are open to visitors. For 800 years the Bishops have used these gardens to relax and contemplate, often to indulging their own gardening passions. These transformations and additions that can be enjoyed today, including a romantic gothic garden, a series of tranquil millponds and an extensive arboretum.
Bishop’s Palace is also home to a variety of rare, exotic or simply beautiful specimen trees throughout both the inner and outer gardens and famous for its trained swans that ring a bell when they want feeding. It is situated in the heart of England’s smallest city, Wells, and makes an ideal base from which to explore the charming streets and magnificent Cathedral.

In 1206, during the reign of ‘bad’ King John, Bishop Jocelin Trotman was created first Bishop of Bath and Wells. This position elevated him into the upper social and political circles of Anglo-Norman society where he was expected to mingle on a level with the aristocratic landowning classes. Bishop Jocelin was given a royal commission to build a grand residence on land south of the Cathedral of St. Andrew. In addition to the palace, Bishop Jocelin requested commission build a deer park, so he would be able to pursue his love of the hunt. The current Bishop of Bath and Wells still resides what were formerly the servant’s quarters and the rest of his palace and grounds are open to visitors.

As one might expect in a Bishop’s residence the gardens are intended as places of peace and tranquillity. There is evidence a garden existed prior to Bishop Jocelin’s palace and over the years successive bishops have made their own additions.

The undoubted centrepiece of the garden is the ruin of the Great Hall, built for a planned visit of King Edward I. In the early fourteenth century the Great Hall was one of the largest and most magnificent in the country, and whilst Edward didn’t make his visit, it entertained his grandson Edward III in 1331. By the nineteenth century the Great Hall was in such a severe state of decay that Bishop George Henry Law decided to remodel the building. The popularity of books such as Ivanhoe and a fascination with King Arthur fuelled a great Victorian nostalgia for the bygone days of knights, tournaments and chivalry. He removed the south wall, and placed a great lawn where specimen trees have replaced the people who once feasted and danced. The ruined north wall, now partially shrouded with climbers was left standing as an authentic piece of gothic architecture; Bishop George had created his own gothic ruin in his garden.

A wooden bridge takes visitors over the moat and into the outer gardens. Bishop Thomas Beckynton built a small stone conduit, known as the Well House, here in 1451. The people of Wells to draw clean water from the four taps here through 255 metres of lead pipe. It is crowned with a stone Talbot dog, the Bishop’s favourite hunting dog. The clerical passion for the hunt had obviously not diminished almost two hundred and fifty years after the commission of Bishop Jocelin’s deer park.

Walks can be taken around pools that hide the four virulent springs from which the City of Wells takes its name. The calm surfaces of the pool reflect the Cathedral of St. Andrews that on a quiet day, hiding an average flow of forty gallons (one hundred litres) per second. Two more pools are situated in front of the Cathedral, including the holy well of St. Andrew. In the future this may be opened as a spot of quiet contemplation.

The pools and moats at Bishop’s palace are home to a variety of life including bats, kingfishers, owls, coots, moorhen, ducks and swans. There is no need to bring bread or any other food to feed Bishop Palace’s famous swans. After being trained by a bishop’s daughters over 150 years ago, peckish swans have reached up and rung a bell by the gatehouse when they want feeding!

In 1977 Bishop John Bickersteth planted an Arboretum to commemorate the Silver Jubilee of Queen Elizabeth II. After almost three decades the trees are maturing this is a perfect place to enjoy a picnic among the wild flowers, under the leafy canopy.

Bishop’s Palace gardens are home to an especially diverse collection of are especially of specimen trees of which only a selection can be described here. The foxglove tree (Paulownia Tomentosa) is native to China and stems of flowers similar to foxgloves appear in May, followed by large velvet leaves. The American Black Walnut (Juglans Nigra) wood is valued for furniture and gunstocks and the skin of the fruit functions as a brown dye.

The average lifespan is only 200 years and a younger tree has been planted nearby since this tree is 190 years old. Tree of Heaven (Ailanthus Altissima) is native to China and although its Latin name means ‘Reaching to the Heavens’ they only reach a maximum of 25 metres. The leaves unfold a deep red in early summer and a crimson fruit follow in late autumn. The Black Mulberry (Morus Nigra) is indigenous to Central Asia and there are three in the gardens.

Two are the survivors of five originally planted in 1897 and the third was an 80th birthday present for Bishop Bickersteth in 2001.

The Ginkgo Tree (Ginkgo Biloba) was first propagated in Britain during the late eighteenth century and its leaves have been found in fossils, suggesting it was found all over the world 150 million years ago.

The fascinating Tulip Tree (Liriodendron Tulipifera) was introduced from the east of America in the mid seventeenth century. This tree is almost two hundred years old and its leaves turn splendid gold and orange in autumn. It takes its name from its flowers, which are green and pale orange and stand on the tree like tulips.

Dawn Redwood (Metasequoia Glyptostroboides) is from southwest China and is widely grown in parks and gardens for ornament, growing to a height of to 40 metres (130ft). Indigenous to southern Europe, Nottingham Medlar (Mespilus Germanica) produces startling white flowers with five petals and a brown fruit that is edible when over-ripe. 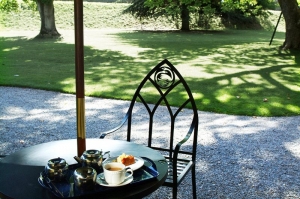 Children’s programme/ events or other educational activities::
No.

Maps of sites/ visitor information etc:
No maps provided. A guidebook can be purchased. Some information can be provided in both French and German. Information panels are dotted around the park.

After exploring the gardens there is a great deal to do in Wells. Wells is England’s smallest city, but many believe it the most captivating. It is rare that a city retains such an intimate character and it is well worth wandering the cobbled streets and soaking in the atmosphere, but highlights can be found only a stones throw from the palace.

Firstly, the bishop’s gatehouse overlooks an ancient market square where markets are still held on Wednesdays and Saturdays.

Most important, Wells’ magnificent 12th century cathedral is adjacent to the Bishop’s Palace. Wells Cathedral is a fine and magnificent example of early gothic architecture at its height. The city also has a fine selection of small shops, public houses, tearooms and other facilities for visitors.