You Are Here:Home / European Themes / Hilltop garden at Schloss Hohenlimburg 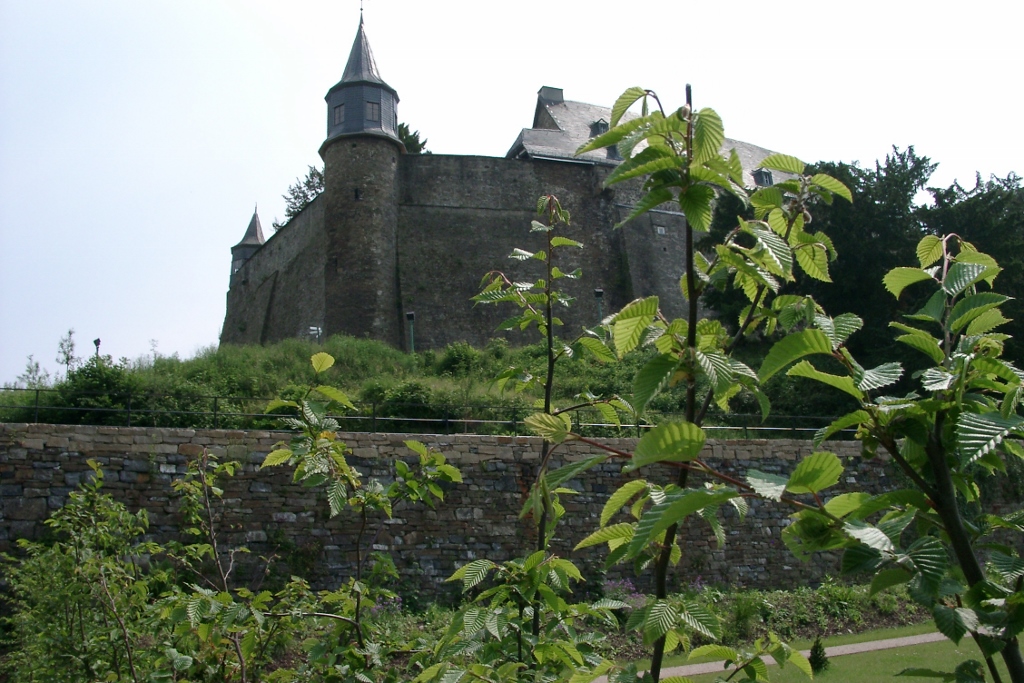 Schloss Hohenlimburg is the only fortified complex from the early Middle Ages in Westphalia which has survived in largely intact condition.

There is evidence that a geometrically-structured hilltop garden laid out in Dutch style as a terraced parterre existed here from 1730.

In 2006, the hilltop garden was restored on the basis of historical records and stocked with contemporary plants.

Furthermore, the castle is now framed by kitchen gardens to the south and the east again. The name “Dienerschaftsgarten” (“Servants’ Garden”) indicates that fruit and vegetables for the servants were cultivated here while vines, roses and mulberry trees were grown in the terrace garden.

Enclosed by castle walls and set in the castle’s inner courtyard, the herb garden has an air of tranquillity.

The path around the garden is of particular significance in that it enables visitors to experience the gardens in their landscape setting. It starts at the car park and runs around the castle, linking all the areas of the garden with each other and providing views of the surrounding countryside.

Schloss Hohenlimbung, the only surviving hilltop castle in Westphalia, is the emblem of the town of Hohenlimburg on the Lenne river. The castle was built in 1240 and extended into a residential dwelling in the 18th century.

As a result of the transfer of the seat of the House of Bentheim from Rheda to Hohenlimburg between 1729 and 1756, the castle was extended into a residence under Count Moritz Casimir I (1710 -1768) and the gardens were laid out in late-Baroque style. The terrain, which falls away steeply down to Lenne valley, was landscaped during this process. Massive retaining walls were built and soil was removed so that a grand, formal parterre garden could be created on a terrace below the New Palace.

The only picture dating from the time of the Baroque garden’s creation – an oil painting from about 1740 by the court painter of the time – depicts a regularly-structured garden with retaining walls. The garden is entered by way of a double flight of steps leading from the area above, which has been left in a natural state. There is a curved landing at the point when the steps meet the garden’s central path, which is in turn intersected by a narrower lateral path. Garden statues punctuate the ends of both axes.

The four central areas of lawn are surrounded by borders. Trimmed conical trees can be identified – probably yews or junipers – as well as small round shrubs, which are possibly box trees. The clipped hedge means that the only view into the valley is through a gate in an extension of the main path. The garden is surrounded at the sides by a wall, high trimmed hedges and a quadrangular viewing pavilion. As was customary at the time, frames for growing espalier fruit and other useful plants have been constructed on the high retaining walls at the back. Although some of the details in the painting are unlikely to actually correspond to reality, the most significant elements of the garden are shown just as they can be seen in the castle grounds today.

After the Bentheim residence was transferred back to Rheda in 1756, the gardens at Schloss Hohenlimburg essentially retained their original structure and function. This was the case until well into the 20th century. However, as time passed the formal garden lost its varied ornamentation of statues, garden architecture and plants. Moreover, it no longer received the intensive care and attention which it required. In the 19th century, various new elements were added to the parterre garden, including stone tables, a column with a sundial and a cenotaph (a memorial for a dead person). Nevertheless, the garden’s basic regular layout survived. In the 1960s, the parterre garden was finally planted with larch trees. It is not known when the orchards and terraces of vines ceased to be cultivated.

It was not until the year 2000 that a commission was awarded for the development of a guiding concept entailing the care of the protected gardens. A detailed reconstruction of the gardens as created during Moritz Casmir I’s reign was out of the question due to the situation regarding sources. Further arguments against comprehensive restoration were the high cost of recreating the Baroque kitchen and ornamental gardens along with their stocks of plants, garden architecture and sculptures and the high demands regarding their later maintenance and care.

The concept therefore envisaged the reconstruction of the following individual areas, which were completed in spring of 2007 and opened to the public: the existing historical structures, particularly the retaining walls above and below the garden; the steps; the remains of the foundations of the garden pavilion and the fragments of worked stone slabs. All of these were recorded and preserved. The aim was to restore the garden parterre as a level area of garden below the castle which would be open to visitors.

All the roots, ivy tendrils and maple seedlings were removed from the half-high walls of the former terraces of vines and fruit on the south side of the castle wall. Furthermore, the corner areas of the walls were reconstructed. A vintner who cares for the small vineyard has now been found for the terraces of vines.

The former kitchen and servants’ garden from the 19th century has been laid out to the north of the castle as a flower meadow with fruit trees.

Enclosed by castle walls and set in the castle’s inner courtyard, the hidden herb garden has an air of tranquillity.

The path around the garden is of particular significance in that it enables visitors to experience the gardens in their landscape setting. It starts at the car park and runs around the castle, linking all the areas of the garden with each other and providing views of the surrounding countryside.

Today, the Baroque parterre is protected by a preservation order. 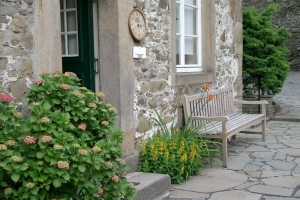 Events, programme, exhibitions:
Current information on the cultural programme can be found on the website www.schloss-hohenlimburg.de