You Are Here:Home / Allgemein / The Third Train 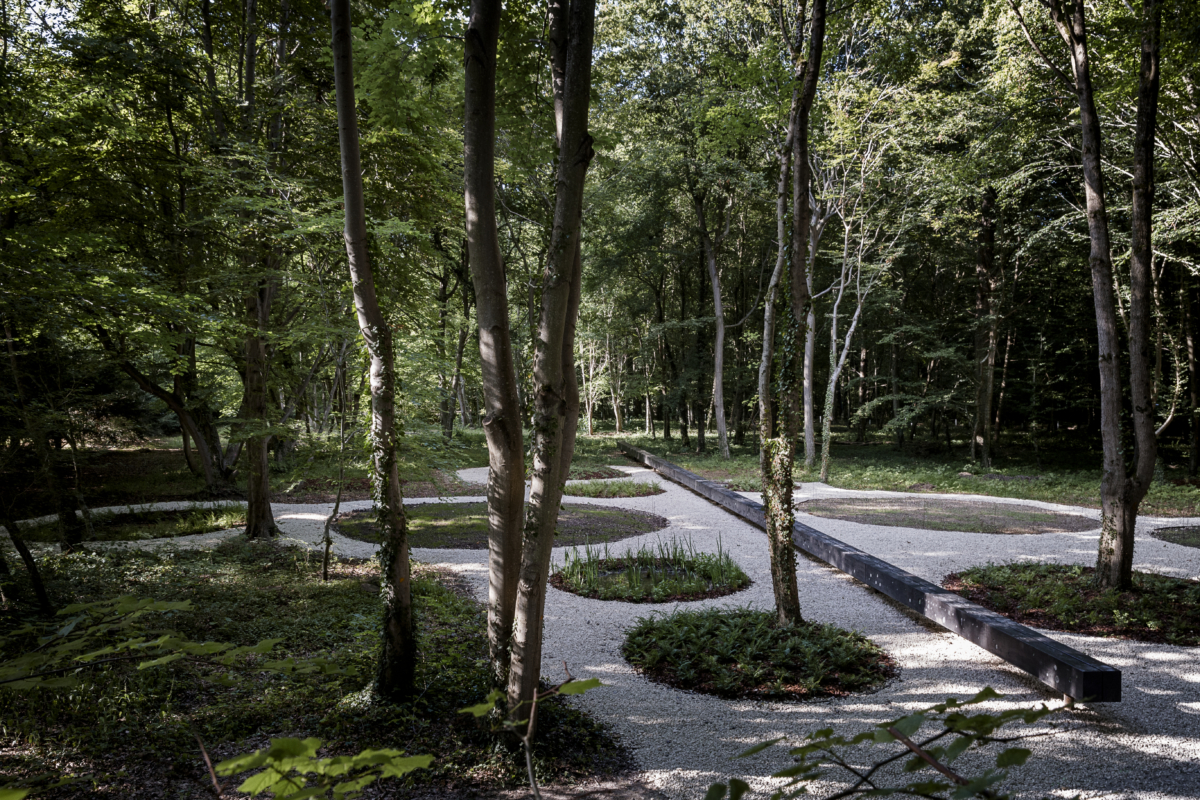 1st Prize: “Design or Concept of a Contemporary Park or Garden”

Heavily impacted by the 20’s century wars, the region Hauts-de-France chose to celebrate its heritage and resilience in the Gardens of Peace. The first of these gardens, “The Third Train”, is in the Armistice glade, in the Forest of Compiègne, one of the most significant sites of World War One.

“The Third Train” is an undergrowth garden which embraces the vastness of humus. Inside the undergrowth, a symbolic parallel can be found between the trails of the trenches of the 14/18 war (attack and defend) and the figures drawn by the Mycelium (living and growing). It suggests the idea of an unlimited garden, always expanding as one walks through it.

Following this pattern, the paths of the garden make their way windingly through the foliage, creating rounded and planted areas where different essences of the forest can be seen.

The principal axis is materialised by The Third Train, a wooden sculpture which is 70m long. It echoes to the two trains in which the Armistice of the 11th of November 1918 and the one of the 22nd of June 1940 were signed.

Floating above the ground, the sculpture points towards the middle of the glade and crosses horizontally the underwood. It is decorated with mirrors oriented towards the sky making the sculpture shimmer like a precious jewel in the woods.