You Are Here:Home / Weser Renaissance Route 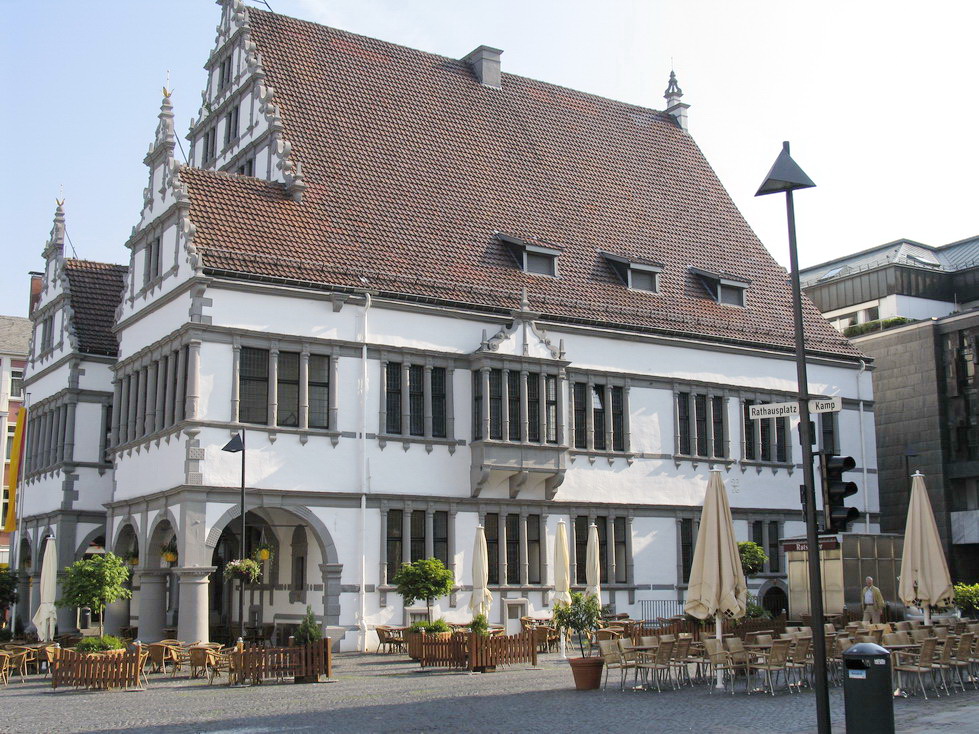 The Renaissance (approx. 1520 to 1630) was a time of economic prosperity in the Weser region. As a result there are far more splendid castles, town halls and citizens’ houses than in any other region of Germany. The region covers the area of the Upper and Middle Weser, the core of which is formed by the districts of Minden-Lübbeke, Lippe, Höxter and Paderborn.

The distinction between the “Weser Renaissance” buildings and other Renaissance buildings can be established most easily in the use of certain features of design. Hence the Weser Renaissance adopts the regular layout from the Italian and French architectural designs (structure with four wings) and the tower with a spiral staircase between the wings. Further characteristics are cross dormers (roof dormers) and ornamented windowed gables with semicircular Venetian battlements, the “welsche Giebel” (foreign gables). A typical feature is also the “Utlucht”, an oriel-like frontal structure rising directly from the ground. The façades are usually richly decorated.

The late Weser Renaissance is increasingly influenced by Dutch Mannerism (ribbon or rolled-ribbon metalwork on the ornamented gables). Many structures were made from Obernkirchen sandstone. It was used in almost all European countries and even overseas because of its hardness, excellent weather-resistance and fine grain. The dark-red, handmade sandstone tiles from the Solling area which were used for roofing most buildings were a further typical feature.

The Weser Renaissance Museum in Brake Castle shows the buildings, paintings, furniture and ceramics of this period. It is the largest castle in the Weser area.